This is the Gamebuino Meta version of my Waternet game which is a multiplatform puzzle game initially written for old consoles and handhelds like Game Boy (Color), Game Gear, Master System, Analogue Pocket and Mega Duck using the gbdk sdk. This a port with many changes to make it work for the Gamebuino Meta

A: Confirm in menu and level selector, rotate or slide action while playing

B: Back in menu, level selector and game

The aim of the game, in any game mode is always to connect all pipes so that water can flow through them from the water point source. How you can accomplish this depends on the game mode. The game has a help section in the main menu where you can always check up on the rules of each game mode. 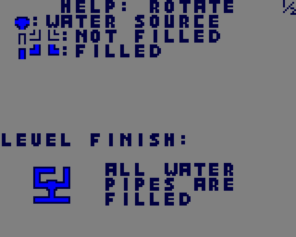 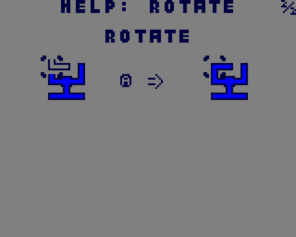 You need to connect all the pipes so water flows through them, by pressing the A button on a pipe, to rotate the single pipe. 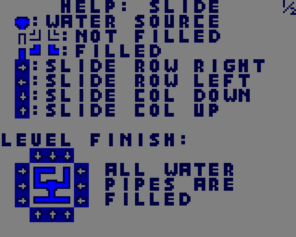 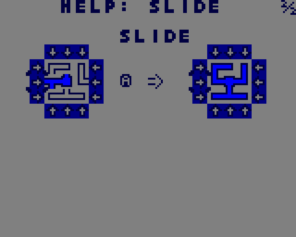 You need to connect all the pipes so water flows through them, by pressing the A on the arrows of a row or column. The row or column will move all pipes in the direction the arrow is pointing at. 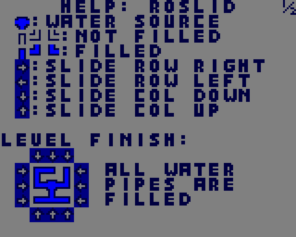 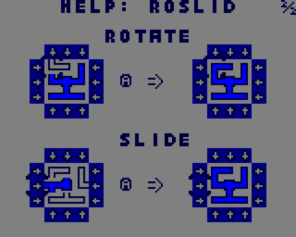 You need to connect all the pipes so water flows through them, by pressing the A on the arrows of a row or column. The row or column will move all pipes in the direction the arrow is pointing at. You can also press the A on a pipe, to rotate the single pipe. This is a combination Rotate and Slide mode.

Graphics (tiles), i converted using the Gimp Image Editor and the Gimp tilemap gb plugin from the gameboy tiles created in Game Boy Tile Designer and the titlescreen graphic is based on a modified title screen image from my waternet game i made for gp2x and windows. I designed the title screen in the Gimp Image Editor to just have the word waternet and the waterdrop. Afterwards i used Gamebuino’s Image Transcoder to convert the titlescreen and other images to a constant array specifically to be used with gamebuino library.

Music was made using Online Sequencer, i created single channel, non mixed music files and later converted this music to an array storing the frequencies of notes to be used on the Gamebuino-META. I got this idea from the sheep it up game developed by Dr. Ludos. He stored the frequencies to be used for the music notes in a array. So i used the same system and all i had todo was convert the music from onlinesequencer i made to such array (by hand) as well.

You can find the music files i used for the game below:

The game is also released on itch.io where you can also run the game on your phone (if your phone can handle the emulator as well as on a desktop pc).

it is available here: Waternet Gamebuino Meta Version by joyrider3774

Waternet game concept is based on the Net and Netslide game from the Simon Tatham’s Portable Puzzle Collection, it’s my own implementation of these 2 game concepts mixed into one game

Here is the release video: